Paper is the most effective and portable means where ideas and images are captured and communicated afar. For a long time, I have been developing the idea of organic music, which embodies the sounds of nature, water, ceramics, paper, and the mind. It’s been long known that Chinese culture contributed four inventions to the world: printing, gunpowder, the compass and paper. We are surrounded by paper in our lives. Paper not only communicates, but can transmit creativity in an acoustic way by blowing, rubbing, cracking, shaking, crumbling, tearing, popping, puckering, fingering, hitting, waving, slapping, plucking, whistling, swinging and singing through the paper.

What I really enjoyed is this music origami… In the village, I remember seeing the shamans making all kinds of sounds with paper, scrambling, whistling, tearing, and popping. The sounds were for two kinds of people, those just born and those who have just passed away. It was music for resurrections, for incarnations; music for hope; music for the next life. No longer can you find any paper or water music in our village anymore, because the younger generation had no idea what their great grandmother, great grandfather did. I believe that the only way to expand and preserve tradition is to make your own creations. We must play it, allow it to burn our spirits again. Indigenous arts are dying, tradition is dying. Without embracing tradition, how far can you go? We must let tradition and memory become the most powerful engines for our inspiration…

Paper is a wonderful organic thing. The paper-makers in the village must collect all the bamboo, smash it, soak it, press it into sheets, then put it on the fire wall. After it’s dry, you can peel off a beautiful piece of paper. Musically, it’s the same process… First, find a field of your memories and try to collect the most beautiful memories. Then, soak them, smash them, and press them, dry them, fire them, and allow these memories to become a beautiful work of art…

When I start to work with paper music, from beginning to the end, I never felt I’m composing. I felt myself is recalling playing all those memories of my childhood. All those shamanistic images came back to me, and then I started to tear, to whistle, to scramble and wave the papers, and I realized that this is me; this is my life with my grandmother in the village…

You must imagine a piece of paper is also a forest, a tempest, it can whistle and tear and shake, you can see light and shadows through it; this very small piece of paper is universal. And afterwards of course, hand this to the audience, to share with the audience. The first movement is more like a ritual; the second is more like a scherzo. The third movement is like an adagio, with a dark side – violent contrasts, like a thunderstorm. The fourth movement is like a festival. In this movement, all of the violins surround

the audience in the rear, bringing the audience into the musical experience. For this work we collected about fifty kinds of paper sounds and experimented with them until we found what was most useful and practical with the orchestra. I felt myself become a music shaman again, through a piece of paper.

–Tan Dun; Excerpts from an interview with Helen Elmquist, May, 2007

According to Tan Dun, the Paper Concerto has its roots in his early memories of China. “Growing up in rural China, I received my early musical training in such an organic way, mounting paper for instruments, singing a song in the village to the accompaniment of water, using ceramics to bang out the beat. I was surrounded by ritual music and ghost opera, not Bach, not Beethoven, not Brahms. These early memories have become so important as inspirations.”

The Paper Concerto is the composer’s most recent work in a series exploring the combined sounds of those elements from his early memories of China – ceramics, water, paper – and the orchestra. It is an expression of what he describes as his organic music concept: “You have to know how paper was made and explore what kind of sound it makes. You have to prepare the instruments, rehearse the instruments, perform the piece, and hear it from the audience’s point of view. All of these are organic experiences.”Read Morehide

Part of the organic concept is the inter-connectedness of music and the world around it. In the Water Concerto (1998), performers use water from the city where they’re performing. Tan Dun uses the example of Beijing: “When the Water Concerto was performed there, the performers used polluted water from the city, but they used it to make these beautiful sounds. Every composer has been inspired by organic sounds. Debussy used the sound of water and of the whole-tone series of nature.”

Tan Dun represents the next step in this process by combining sounds made by natural materials with orchestra. The original version of the Paper Concerto carried movement titles with references to nature, further underlining the connection. Tan Dun has removed these in the revised version. “The revision comes out of the first experience of hearing the (Los Angeles) Philharmonic’s premiere. There was no example of how an orchestra would sound with paper, and that performance provided enormous feedback in terms of inspirations and techniques.”

“The four movements now incline more toward a symphonic structure,” Tan Dun explains. “The first two movements have been completely rewritten. The first movement is more like a ritual; the second is more like a scherzo. The third movement is like an adagio, with a dark side – violent contrasts, like a thunderstorm. The fourth movement is like a festival. In the revision, I still kept all of the violins surrounding the audience in the rear in the fourth movement.” The placing of the violins is another example of the relationships underlying the organic music concept, as the audience is brought into the musical experience.

“I have two goals in my heart,” the composer says. “I don’t just want to establish a musical idea; I also want to change musical institutions. I want to develop a cross-cultural idea that brings nature and classical music, ancient and modern, together. The question everyone is asking today is how we can broaden our audience and make it more diverse, and I believe these kinds of musical practices are an answer. It’s not just a small group doing something experimental. It’s using the institution of classical music, the orchestra, to communicate to a mass audience.”

Paper Music, a Celebration of Man and Nature in Harmony
Almost 2000 years ago, in 105 A.D., Cai Lun (who came from Hunan province, sharing the same cultural roots as Tan) meshed tree bark, hemp, and rags with water, then pounded the thin mats and hung them to dry.  That was how the first fine paper was invented. The music of Paper Concerto for Paper Instruments and Orchestra celebrates the harmony of man and nature. Each movement of the music outlines a journey of ancient papermaking:

Movement I The haunting and lyrical “Wind” tells the ancient legend of how paper was invented;

Movement II “Birds” twitter in a wide array of timbres in the bamboo forest as they witness the making of paper, where bark and leaves are soaked;

Movement III Mother nature is recreated in a panoramic soundscape, “Storm,” with the shock of thunder and lightning created by paper instruments;

Movement IV “Paper drums” concludes the work with an exploration of sounds made with an array of vibrating surfaces and columns of air, including huge drums mounted with paper heads.  The music celebrates the harmony of man and nature.

Paper not only captures ideas for Tan Dun, it transmits creativity in an unconventionally but highly acoustic way, through “blowing, rubbing, cracking, shaking, crumbling, tearing, popping, puckering, fingering, hitting, waving, slapping, plucking, whistling, swinging, and singing through paper.”  The fact that all of the above sounds can be generated from the same material of paper is further testament of Tan Dun’s idea of organic music (such as his Water Concerto for Water Instruments and Orchestra), that musical creativity can include elements from nature (water, air, earth) and its resultant materials (paper, ceramics).  In other words, once the concept of nature is embraced, creativity and new art will flourish.

Those who study the piano no doubt have played Bach’s Inventions, learning about the organic nature of music and counterpoint.  While Bach’s memorable melodic motifs generate and sustain two- or three-minute miniatures in his inventions, the four movements of Paper Concerto for Paper Instruments and Orchestra match them equally in conciseness.  While Bach’s Inventions teach budding pianists about the nature of form, Paper Concerto for Paper Percussions and Orchestra explores “sounds (that) are central to the nature in which we live but to which we have too long not listened” (John Cage).

The fascination of how sound travels and where it emanates holds wonder to any live audience, and justifies the centuries-old tradition of concert-going, which have been journeys of discovery for generations before, and will continue to enchant for generations to come. 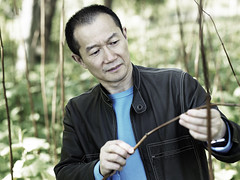 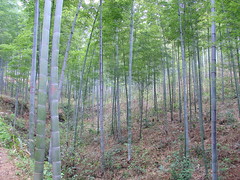 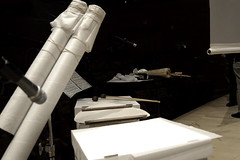 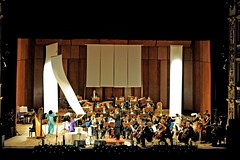 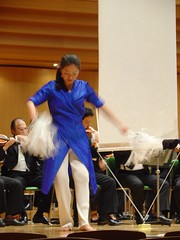 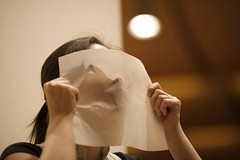 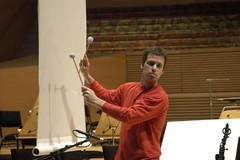 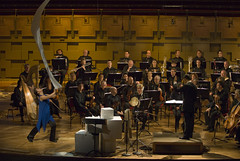 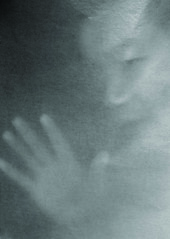 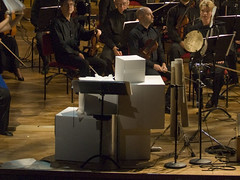 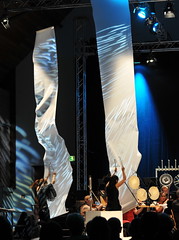 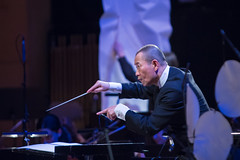 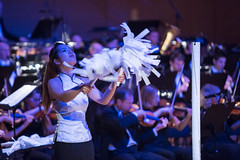 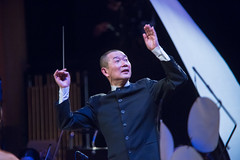 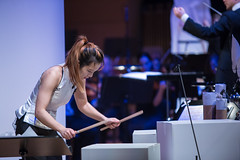 “…Chinese composer Tan Dun has a way of enlivening such things with ingenuity and inventiveness, so that they appear elemental rather than simplistic, tapping into something basic in the fabric of our lives.”