The Peony Pavilion (Mudan Ting) is a story of how true love conquers all. In its original written form, the drama consists of fifty-five scenes that would have been performed over several days. Tan Dun’s abbreviated adaptation, present in the Astor Court at the Metropolitan Museum, focuses on the love story between Du Liniang and Liu Mengmei. Du, the daughter of a high official, falls asleep in the Peony Pavilion while enjoying a beautiful spring day in her family’s garden. She dreams of a romantic encounter in the garden with a promising young scholar (Liu Mengmei) whom she has never met. So devoted is she to her “dream” lover that Du dies of longing, but before she expires, she paints a portrait of herself, which, as she had wished, is concealed by the pavilion near her grave beneath a plum tree. Later, Liu Mengmei, on his way to the capital to take the imperial civil service examination, spends a night in the garden. There, he discovers the portrait, falls in love with Du Liniang’s likeness, and has a rendezvous with her ghost. Recognizing that Du and Liu are fated to be wed, the Judge of Hell, Lord of the Underworld, restores Du to life. Du then appears to Liu in a dream and directs him to disinter her body. Trusting in his own love, Liu does as she instructs, whereupon the lovers are united.
Read Morehide

An opera in four scenes conceived by Tan Dun and directed by Tan Dun and Zhang Jun, based on the 16th-century “dream” drama Peony Pavilion. Tan Dun has been experiementing with Peony Pavilion since 1998. Inspired by the potential of returning this late-sixteenth-century opera to its original context in a garden setting, he worked with kunqu master Zhang Jun and choreographer Huang Doudou to bring a fifty-minute adaptation of the Peony Pavilion to the Metropolitan. Seamlessly integrating the drama into the garden setting Tan has staged his Peony Pavilion in a way that fully utilizes all the architectural and garden elements. In so doing, he has intensified our experience of both the opera and the garden, reaffirming their linked idetities and shared cultural heritage.

Peony Pavilion, the masterpiece of traditional Chinese Kunqu opera, renewed and revived by a new adaptation of text and music. A drama of love and death, reality and illusion which merges virtuoso acting, avant-garde Western opera, electronic music, ceremonial dance, ritual, martial arts, and poetry in a unique theatrical experience to dazzle all the senses.

“I first conceived the idea of performing kunqu opera in a garden setting while having tea in a Ming garden in Shanghai. As I sipped my tea, I suddenly became aware of the beautiful sounds surrounding me: insects, birds, butterflies. Why not, I asked myself, opera singers? The experience fired my entire being and passion, and I decided that I wanted to bring kunqu opera back into the Chinese garden.”

If you listen carefully, Chinese gardens are actually gardens of sound. The soundscape of wind, trees, and leaves fuses with the quiet beating of your own heart. You hear yourself as part of the garden. It is a spiritual moment in time. So, I decided to bring the full flower of the Chinese garden tradition back to life with Peony Pavilion – the garden opera.”

In the Chinese garden the wind echoes your dreams. Your dreams are accompanied by a symphony of sound – birds and insects, leaves, water in ponds, and streams, wind and rain. Listen to the sounds of the garden as you watch the story unfold in its spiritual promenade. Every garden should be awakened from it sleeping beauty.”
–Tan Dun, 2012 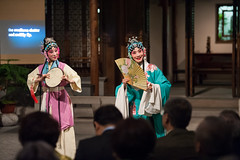 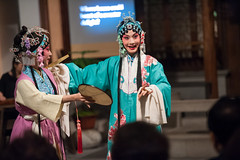 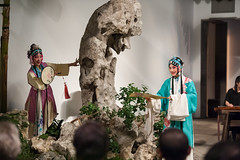 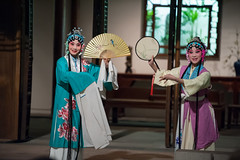 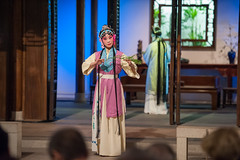 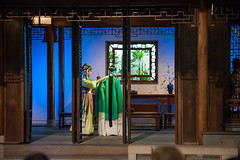 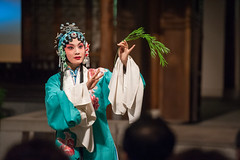 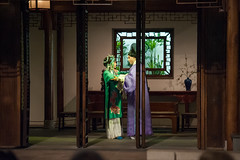 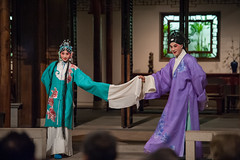 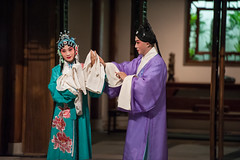 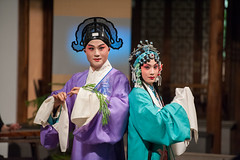 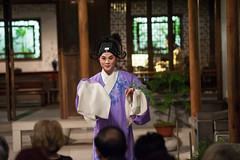 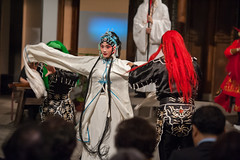 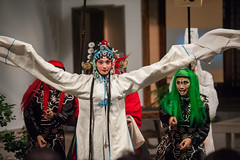 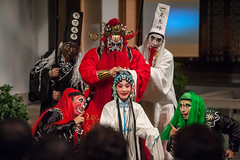 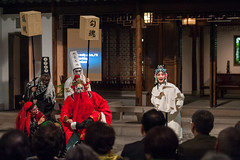 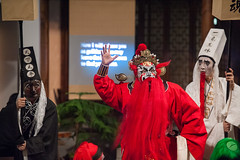 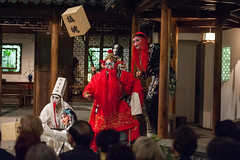 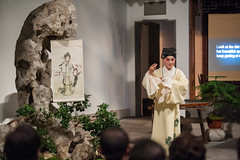 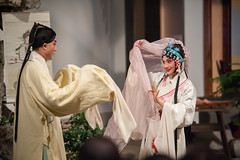 “The Peony Pavilion, a masterpiece of Chinese Kunqu opera from the 16th century, proved its durability by thrilling New Yorkers in a fresh production directed by Academy Award-winning composer Tan Dun.”

The Metropolitan Museum of Art and the US-China Cultural Institute