After years of research, Tan Dun has captured in this thirteen-movement micro film symphony, the musical life and spirit of Nu Shu, a disappearing language with a long vocal tradition created by women for women in Hunan, China in the 13th century. Combining the fields of anthropology, musicology, history and philosophy, Tan Dun weaves heartrending stories of Nu Shu women through song script and historical environment. The twelve “micro films” about mothers, daughters and sisters’ lives, derived from Tan Dun’s field recordings, serve as the center of his composition. Tan Dun selected harp as the solo instrument for the piece, because of “its beautiful feminine sounds” and distinctive physical shape – similar to one of the ancient Nu Shu characters. Merging these elements together, Tan Dun has created a new musical form from the Nu Shu tradition – originally whispered in corridors and hidden on fans, the music now navigates entirely new boundaries of time, place and culture.

Read Morehide
What is Nu Shu?
Nu Shu is an ancient syllabic script developed by women, in secrecy, over hundreds of years in feudal China. Created during a time in China when only men received any kind of formal education, women were kept illiterate. Nu Shu was passed on through the generations from grandmother to granddaughter, aunt to adolescent niece, mother to daughter. It is the only known language that is gender specific, used and understood only by women. Nu Shu has only recently been exposed to the modern world.

Nu Shu originally contained only five hundred characters, but now contains up to seven hundred overall, some derived from the Chinese language, others based upon specific stitches in embroidery. A large part of the Nu Shu tradition is steeped in the creation of San Chao Shu or “Third Day Missives”, which were a way for the women to secretly express their thoughts and emotions to one another in a book that was given on the third day of marriage ceremonies. Like Chinese, Nu Shu reads vertically from top to bottom, columns aligned left to right. Nu Shu, unlike most languages, is not spoken, but sung. This ancient script has survived for over eight hundred years, but its existence is now threatened as China rapidly expands and the last remaining women, fluent in Nu Shu, grow as Tan Dun states “China is building so fast which is fascinating, but meanwhile worries me as an artist. Because as you are building faster you are losing faster too, those living traditions.” Tan Dun visited the small village in Hunan, recording over two hundred hours of footage he then edited it down into “13 mini micro films” and composed all new music to accompany them. As he says he created a “kind of visual symphony in dialogue with the sound, the voices [of women singing in Nu Shu] and with live orchestra acting in counterpoint to the calligraphy.”

He states “The slow disappearance of the Nu-Shu tradition and culture has troubled me for many years and each time I return to my home province in Hunan, I always want to passionately take action. I wanted to do the field research, anthromusicology study, collect the songs of Nu-Shu and eventually compose a new symphonic- concerto piece for the world and for my home village, to continue the tradition and to create a future from the past.” 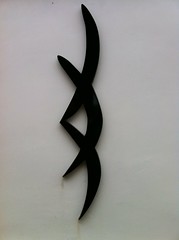 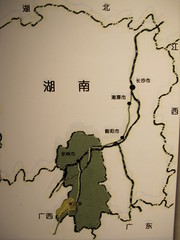 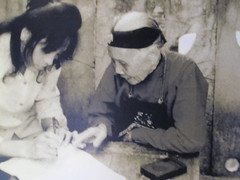 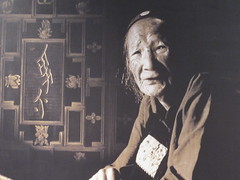 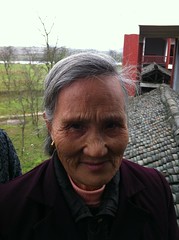 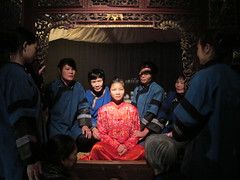 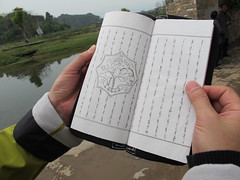 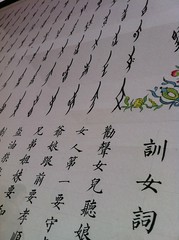 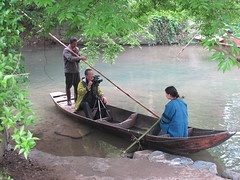 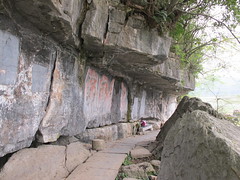 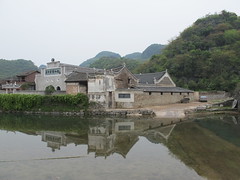 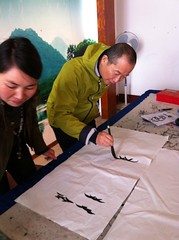 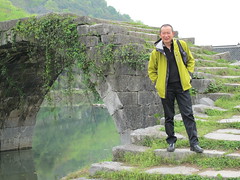 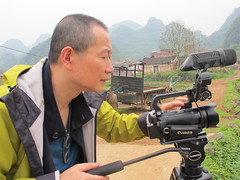 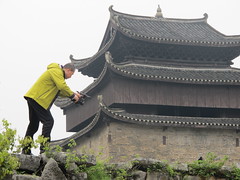 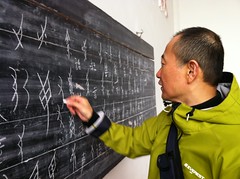 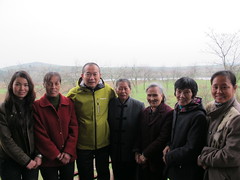 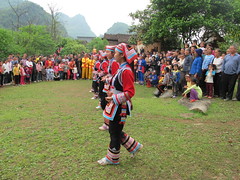 “Tan Dun’s Nu Shu…was the most elaborate, with field videos showing three generations of women in the Hunan province of China, passing of life wisdom in the form of song. Great idea, since Tan is a master scene painter with music…”